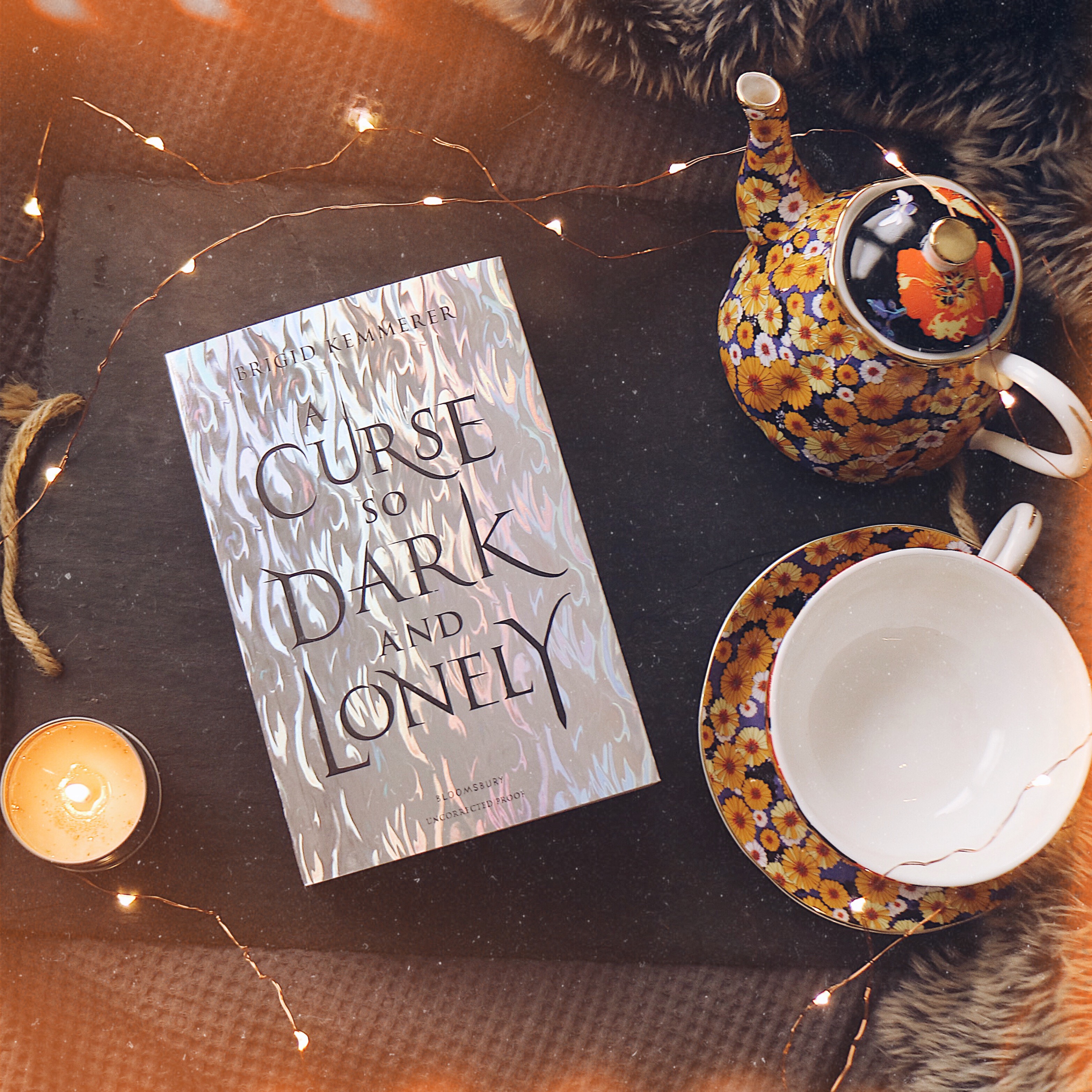 If you’ve read even half of the reviews I have posted in the last year you’ll notice the many beauty & the beast retellings I’ve shared my thoughts on. I’d seen the photos floating around on Instagram of the UK holographic proofs for what felt like months and they looked amazing. So, when a copy of A Curse So Dark and Lonely arrived in the Allen & Unwin office last year I had to read it. It was a breath of fresh air in terms of beauty and the beast retellings, and quite possibly, one of my all-time favourite versions. The fact that there’s a sequel coming too is just the cherry on top of a quality read that can also hold its own as a stand-alone.

Fall in love, break the curse.

It once seemed so easy to Prince Rhen, the heir to Emberfall. Cursed by a powerful enchantress to repeat the autumn of his eighteenth year over and over, he knew he could be saved if a girl fell for him. But that was before he learned that at the end of each autumn, he would turn into a vicious beast hell-bent on destruction. That was before he destroyed his castle, his family, and every last shred of hope.

Nothing has ever been easy for Harper Lacy. With her father long gone, her mother dying, and her brother barely holding their family together while constantly underestimating her because of her cerebral palsy, she learned to be tough enough to survive. But when she tries to save someone else on the streets of Washington, DC, she’s instead somehow sucked into Rhen’s cursed world.

Break the curse, save the kingdom.

A prince? A monster? A curse? Harper doesn’t know where she is or what to believe. But as she spends time with Rhen in this enchanted land, she begins to understand what’s at stake. And as Rhen realizes Harper is not just another girl to charm, his hope comes flooding back. But powerful forces are standing against Emberfall … and it will take more than a broken curse to save Harper, Rhen, and his people from utter ruin.

If you pick up a book and you can’t put it down until you’ve reached the very last page, I think you’ve found a winner. I was hooked from the first page. From the dynamic character building to the lush locations Bridget has created you cannot help but get lost in the fantasy world she has created.

A massive point of difference with this retelling however is our ‘beauty’ character has cerebral palsy, which although part of the story that helps further the plot, it is not (refreshingly) her defining trait. No Harper is so much more than her condition. It’s her tenacity and strength to defy those around her, to correct those who label her or put her down, to showcase that she is far more than her disability that makes her a truly great heroine. At one point I honestly teared up, because I know there are those who will be able to see themselves in Harper. She wield’s swords, she rides horses, she fights back.

Rhen is an interesting character too. His curse is not what it initially appears to be and is so much darker than the disney-fied version most of us are used to. It’s so much darker. Sadder. He’s flawed, majorly at times, but is trying to become a better man before he becomes the cursed monster forever. When we meet him Rhen comes across as arrogant, coy and rather foolish. But under it all is a desperate and hopeless man unsure of what the hell he should be doing anymore. Initially I wasn’t a fan of him, but his growth throughout the book changed my mind. He went from please this guy is terrible, Harper deserves better to you know what, sure, he could run the kingdom, he’s not the a-hole I thought he was.

It was the dynamic, development and growth of the relationship between Harper and Rhen that was a real enjoyment to watch unfold. A big part of why I enjoyed it was because it felt somewhat realistic. It’s not an overnight, love at first sight kinda deal. It’s a slow burn, and even by the end of the story, we aren’t even sure if it’s Harper’s love that broke the spell, if they will stay together or if they will live happily ever after (although with a sequel on the way I guess we will find out later on).

The other supporting characters are also more diverse than this sort of story typically portrays; from the war veteran with missing limbs, to the single mother raising not only her own children but her sister’s as well. We get to understand why the enchantress cursed Rhen (however we haven’t seen the last of her). We get depth. Depth beyond beauty and beast and household servants.

A Curse So Dark And Lonely really holds up as a stand-alone, and had I not know that a sequel was coming I would have thought it was. It’s a binge worthy read, and the cast of characters are diverse and interesting. It’s an important novel when it comes to representation. Personally, this sits easily in my Top 3 Beauty and the Beast retellings. I loved it.

1 thought on “Review: A Curse So Dark and Lonely by Brigid Kremmerer”