I knew when I advertised for a new housemate three weeks ago I’d get all sorts knocking at my door wanting to move into the place. Every man and his dog, cat, fish, snake and iguana. Yes, someone actually had a pet iguana. I think his name was Jason. I’ve gone through hundreds of applications and I’m over it.

There was a business woman relocating from overseas who had a stick up her butt because I would have a bigger room than her, a magician who hadn’t worked in over six months but was, quote, ‘working on it’, and a professional comedian who thought he was hilarious when he joked that I should get a boob job and how many women he’d bring home half way through showing him the house. I ended it right there and showed him the door.

I moved into my small two-bedroom place in the heart of this shining city over a year ago and thanks to the perpetual bad luck that seems to follow me I can’t seem to get someone to rent out my spare room for longer than few months.

I’ve been through seven housemates, each of them a walking disaster that I eventually kicked out because their were a liability. Or acted like I was their mother and wanted me to clean up after them. I won’t stand for either.

I will never forget my third roommate, Sam, who ripped the pages out of my Hufflepuff collector’s edition copy of Harry Potter and the Philosopher’s Stone to use as kindling for the fireplace when he came home cold and drunk at 3am last winter. He was out after that stunt. Mess with my books and I will crush you.

My mother says I’m being far too picky and to just pick one already so I can stop paying for all the rent by myself, which is crazy high being almost smack bang in the middle of the city. But I don’t mind it if I can finally find someone who’s going to stick around and not burn down my kitchen.

Despite the fact my small two bedroom place looks like it’s falling apart with the cracked paint and sketchy wiring that should have a ‘demolish this hell hole’ sign out the front’, it is worth a fortune should the owner ever want to sell it to the developers. I pray she doesn’t because it’d be lucky to find another place so close to work.

I’d spent all morning reviewing emails of various people wanting to move into the place and check it out. I’ll be honest and tell you I just wanted to throw my laptop at some of the crap people said in their applications, at the pure volume of poor spelling and the lies they didn’t think I’d pick up on. It seems people haven’t heard of the internet these days.

Like James who wrote he was earning big dollars as the CEO of a publicity firm. The reality, after a short google search, was that he started a website promising you could gain thousands of Instagram followers for a small fee. His only client was himself, and from memory he only had 150 followers. Honestly it was just sad. I would’ve felt bad for the guy except that he was blatantly lying to me.

After three weeks of this I was starting to go mad. But for all the weird, wonderful and shitty applications and interviews I’d gone through nothing really prepared me for the strange application I received this afternoon.

For starters it came via post, in a red envelope sealed with wax, delivered to my front door by a rather strange delivery man. There was something not quite human about him, but I couldn’t place it. I think it was the terrible ginger toupee that didn’t sit on his head properly. That or maybe my sleep deprived brain is really going to town.

I stared at it for a moment before collecting yesterday’s mail from my letter box. Bills. For once I’d love to receive a letter that wasn’t someone telling me I owed them something.

I made some instant coffee and started opening the pile of envelopes on the kitchen bench. $300 electricity bill. $250 water bill. $120 internet bill. Could I just check out for today and pretend I didn’t have to be a functioning adult? Wouldn’t that be a dream?

Just one day were the rules don’t apply and I could do whatever the hell I wanted without worrying about if I’ll have enough money to scrape by. What a glorious day it will be when I don’t have to resort to two minute noodles when I hit the end of my fortnightly pay check and realise I still have three days to survive until I get paid again. Those days are the worst.

I don’t know why I bothered with the coffee, it tasted like burnt dirty water, but it’s the only thing keeping me going at the moment. Too many late nights and early starts are starting to wear me thin.

I dragged myself over to the faded orange couch, opened up my laptop and looked at the strange envelope. No return address. No postage stamp. Whoever sent it had nice handwriting though.

I opened it up to find a letter and tenancy application. Oddly it smelt smokey and slightly floral, like the sender had filled it out while sitting by their fireplace.

Your search is over.

Well the letter was certainly to the point and formal. Mr H Smith. He’s also pretty certain of himself that’s for sure. The rest of his application was positive I guess, if not a little strange.

A man who’s into reading, gardening and dog shows, but loves The Doors? Odd. But intriguing. And I am running out of time to find someone, so I suppose it couldn’t hurt to meet the guy. He sounds a little odd, but historian’s at least aren’t party people right, so he may not be too bad a guy to live with. He’d be better than Annabel. She was the living embodiment of the ultimate wild child.

I found a phone number at the bottom of the application form and called. I don’t know why but something tugging my gut told me this might be the person to solve all my problems. At least financially.

‘Hi, my name is August, I’m calling about your application for the room I’m renting out.’

‘Yes, your search is over Miss Price. ’

‘Yeah, sure buddy. Can you come over this afternoon for an interview? Then we can talk about if you move in or not Mr Smith.’

‘Of course Miss Price, I shall see you in an hour then?’

He even talked kinda odd. Definitely has that historian vibe going on that’s for sure.

I honestly could not be bothered dealing with any other applications today, so I tucked my knees underneath me and settled into watching trashy daytime TV until my potential new housemate arrived.

When the doorbell rang I jolted awake, falling off the couch and knocked my head against the edge of the coffee table. This was a bad omen for sure. I quickly pulled myself off the floor, and stumbled to the front door as I rubbed my head.

As I opened the front door a tall and unnaturally handsome man in a tweed jacket with dark tousled hair turned around with a shining perfect smile.

‘Hello Miss Price,’ he greeted me with his deep smooth voice, extending his hand towards me.

‘August,’ I replied, shaking his hand and invited him in. ‘As you can see the place is small, but cosy. I’ve done my best to jazz it up a bit, but you are also welcome, should you be the successful applicant, to decorate and bring your own furniture and stuff for the communal spaces.’

‘It’s quite lovely,’ Mr Smith remarked as his piercing gaze took in the small excuse of a living and dining space.

‘My room is the one off the kitchen, the shared bathroom is next to that… and this would be your room,’ I explained as I opened the door off the living room. Mr Smith strode in to inspect the room with an air of confidence that was mildly annoying. But hey, good on him I guess.

‘It’s perfect,’ he remarked before turning around to face me. That too perfect smile still on his face. I wouldn’t have said the room was perfect. It was small, the paint was peeling off the roof and the window didn’t open. But then again, finding anything in this city is difficult these days. If he thought it was perfect then great, that works for me.

‘Let’s have a chat then,’ I said, gesturing to the little round dining table I got of the street down the road last week. It was so much nicer than my old one. And free.

‘So rent is $300 a week, including bills. Bond is four weeks rent. You pay late or stop paying, you’re out. Understood?’

‘There are a few house rules that you have to stick to. One, no touching each others stuff or entering each others rooms. Two, don’t touch my books or you will be out of this house quicker than Usain Bolt in the 100 meters. Three, no loud parties or other loud noises late at night. Four, we clean this place together once a week. Any questions?’

‘Do you allow pets?’ Mr Smith asked with a furrowed brow.

‘Yes, you can have a cat or a dog here, but you have to look after it and make sure it doesn’t mess up the place,’ I replied. I won’t have a repeat of Princess… that stupid, untrained pomeranian.

‘Not a problem. I have a dog, very well trained, you’ll hardly notice him,’ Mr Smith smiled, clearly really proud of his dog.

‘You put on your application that you work at the museum?’ I asked, a little curious about what this oddball does.

‘Yes Miss Price, I am a historian there. I’m currently researching greek mythology for an upcoming exhibition.’ Mr Smith folded his arms, quite smug with his himself. Good for you, you work in a fancy place. But a fancy job means money so I can’t really complain.

‘Great, well based on what you put on your application and having met you, I’d be happy for you to move in,’ I decided. Mum was right, I need someone in here, and although this guy is a little odd, he seems chill enough. My gut was telling me this wouldn’t end like the last seven housemates. At least I prayed to whatever gods were listening that it wouldn’t.

‘No, it really is Hades,’ he insisted. 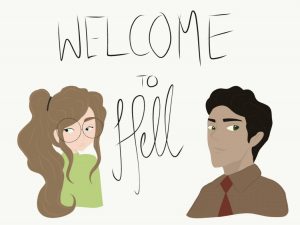 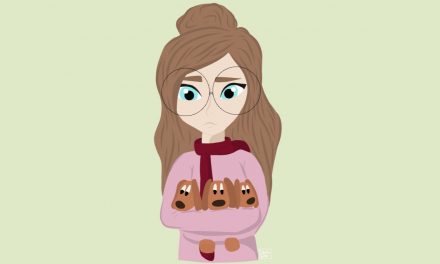