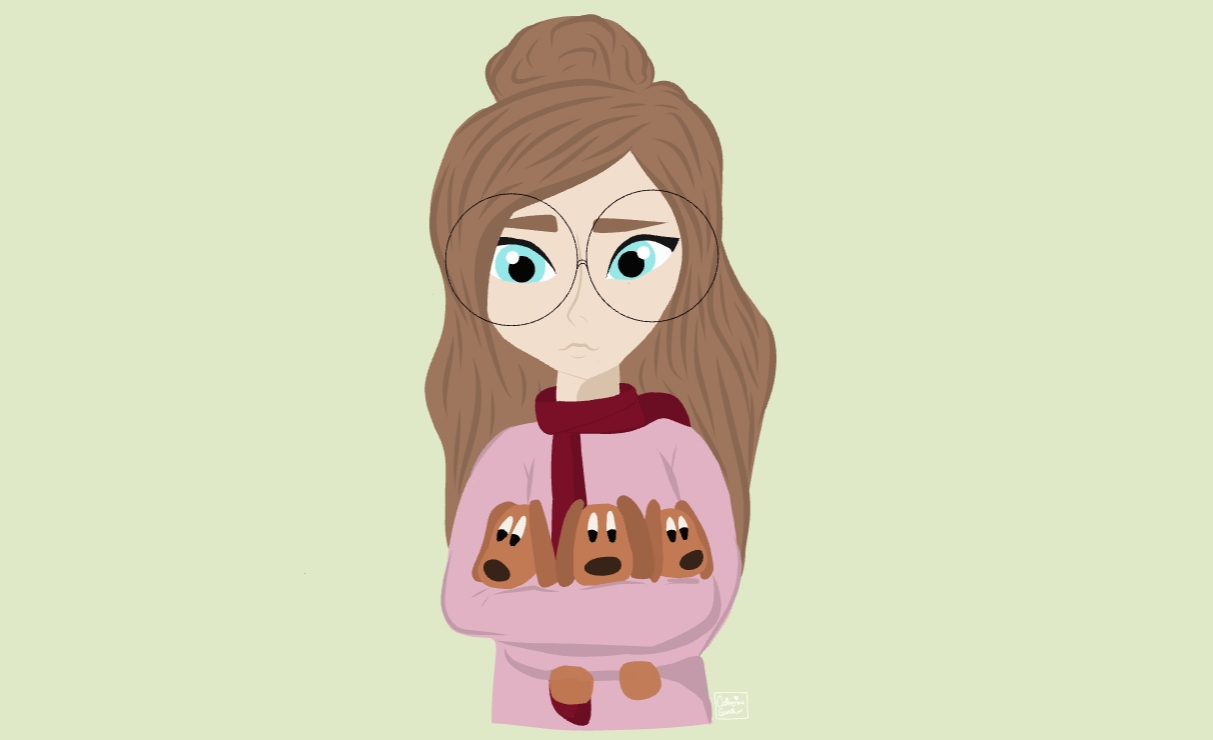 Mr Hades Smith truly is an unusual character. Ahead of moving in today he tried to pay his rent and bond to me in solid gold coins. Somehow it didn’t occur to him that bank transfer is a thing. Seriously, who tries to pay you in gold? We don’t live in medieval times anymore buddy.

As odd as the gold was as his payment choice it was the quantity he gave me.

‘This is more than a year’s worth of rent,’ I questioned him when I worked out just how much he had given me. ‘You only need to pay a few weeks. Here, please take this back.’

‘Miss Price, I prefer to pay you upfront now for it all,’ Hades persisted.

‘Sure, but what if you don’t stay a year, I’ll have to return it to you then anyway. You should just keep it and give it to me each week as per the agreement you signed,’ I argued ‘and preferable via bank transfer. No offence, but all this gold is kinda weird.’

‘Keep it. If I leave before the year is up, then whatever is left over is yours to keep,’ he replied, folding his arms so that I physically couldn’t give it back.

I tried to argue with him that he should keep his goddam money. He continued to refuse. SO I gave up and deposited at the bank. Sure they looked at me weirdly, and asked a bunch of questions, but it’s my money now. My bank account has never been so fat. If only it could always be that way. At least I wouldn’t be struggling to pay the bills for the next year. Maybe I reclaim some of my daylight hours for me again instead of working.

I cleared off a few shelves in the fridge and cupboards for his food, as well making room in the linen cupboard. Hopefully he doesn’t have too much stuff, this place is pretty small.

‘Coming,’ I shouted, chucking on my flip flops in case Hades’ needed some help moving his stuff. When I opened the door Hades stood there, tall and proud in a tailored maroon suit with his dog and a large trunk.

‘Is that everything you have?’ I puzzled. Not much stuff at all.

‘It is,’ Hades replied with a cunning smile, ‘it fits everything and anything I need.’

‘And this is your dog?’ I gestured to the furry brown thing with three heads wagging its tail manically.

‘Yes, he is a…rare breed you could say,’ Hades beamed, picking up the dog affectionately to craddle it like a baby. ‘His name is Spot.’

‘Yeah cool, well as long as he doesn’t pee or poop on the floor were good,’ I replied before turning to the kitchen. ‘I’ll leave you to move your stuff in. I put your set of keys on the window sill in your room.’

‘Thank you Miss Price,’ Hades replied, pulling his trunk behind him with one arm, whilst still holding Spot under the other.

‘Yes. August. Okay. Must remember that,’ he mumbled to himself.

I left him to settle in and unpack his stuff. I can’t believe all he came with was a trunk. Then again the room already had a bed, a bookcase and a desk in it, so I suppose he didn’t need to bring his own.

I sat at the kitchen table on my laptop working on my blog while Hades was doing whatever he was going in his room. It’s certainly the first time having someone move in and it sound like their summoning demons or something. But then again, moving is a bitch so hey, I can’t judge.

As I finished writing up my latest post I suddenly felt a thud of fur plonk itself on my foot. Spot. I looked under the table and sure enough, one of it’s three heads was resting on my foot as it curled up beside me. I’ll admit it was kinda cute. But also annoying.

‘Go rest somewhere else buddy,’ I mumbled, pulling me feel from under his head. Suddenly I felt a long, sloppy wet tongue slobber all over my leg. ‘Ewww,’ I gawked in surprise, jumping up from my chair. ‘Bad dog!’

‘What did he do?’ Hades came running from his room in a panic.

‘He just slobbered all over me,’ I scowled, grabbing a rag towel from the cupboard to wipe it off.

I glared at him for a moment before taking a deep breath.

You need a housemate. You have rent covered for a year. You can survive a slobbery dog.

‘Please just keep him with you,’ I sighed, grabbing my computer. ‘I don’t like licky dogs.’ I quickly disappeared into my room.

‘Don’t listen to her Spot, she will love you in no time,’ I overhead Hades whisper to him.

I’ll love that dog when pigs learn how to fly.

Eventually I had to leave the sanctuary of my bedroom for lunch. Because nothing, not even a licky dog, will keep me from food.

‘Oh good, I was just about to knock on your door. I made lunch!’ Hades gleamed proudly admiring the spread of food he’d arranged on the table.

I sat down and stared at it all.

How did he know? Lucky guess maybe?

‘We have sweet and sour pork, fried chicken, creamy mushroom pasta and vegetarian pizza,’ Hades explained, going through all the dishes.

‘This is a feast,’ I laughed, ‘why did you cook so much, not that I’m complaining, this is great. When did you go out to the shops to buy the ingredients?’

‘So many questions,’ Hades tutted as he sat down and grabbed himself a slice of pizza. ‘I didn’t know what you liked and I couldn’t decide on one thing, so I got them all and figured whatever we didn’t eat we can eat later. As for when I went, I popped out quickly a little earlier.’

‘Awesome,’ I mumbled to myself between mouthfuls of pork. Best. Housemate. Ever. Even if his is weird. So much food. My favourite food. What a win!

‘Sorry about Spot earlier,’ Hades continued, ‘he was just excited to make a new friend. He’s not normal so…licky, as you put it.’

‘It’s fine,’ I mumbled, staring at the dog sitting patiently beside Hades hoping a scrap may fall of the table.

‘You said his name was Spot, right. It has three heads, so they’re all Spot?’ I wondered out loud looking at the strange dog. Was it part of some genetic testing gone wrong maybe?

‘Yes, of course! Would you give him three names instead? What a monster,’ Hades feigned outrage.

‘Didn’t know you had sarcasm in you,’ I smirked, surprised to see a difference side of him already.

‘I am full of surprised, August,’ he chuckled deeply, ‘more than you could guess.’

‘Uhuh, well just don’t surprise me too often. I’m not a fan of surprises,’ I added, piling my plate with pasta.

‘I’ll try my best,’ Hades agreed as he grabbed three pieces of pork. I watched the dog patiently sit, tail wagging in anticipation as Hades fed him.

‘I once thought about giving him three names instead of one. But I thought it may get rather confusing,’ Hades continued on, patting Spot’s heads before returning to his own lunch.

‘What would you have called him then?’ I asked.

I scrunched up my face as I stared at Spot.

‘Spot doesn’t look like a Dot or a Betsie. And they’re girls names,’ I explained.

‘Of course they’re girls names,’ Hades gawked as if I had three heads.

We continued to eat in silence until only two slices of pizza remained.

‘Sorry,’ I apologized as I cleared up the table and did the dishes, ‘I take it back. Dot and Bestie are great names for Spots other heads.’

‘Apology accepted,’ Hades smiled, scooping up the dog into his arms, showering him in hugs and kisses.

‘Well are you all settled in now?’ I tried to make small talk.

‘Yes, thank you. I’m glad to have found this place,’ he chuffed as he looked around the room again.

I made a cup of tea for both of us and sat back down. ‘Where were you before?’ I asked before taking a sip of my green tea.

‘I was living in a…hot and dark place. Not worth mentioning really. A bit of a dead end kinda place,’ he suppressed a laugh, as if I was ignorant of a greater joke he didn’t plan on sharing. Whatever.

‘Oh it was for a while, I spent most of my life there. But the people were so dreary and miserable. Such a drag. They really put a dampener on the place,’ Hades reminisced, swirling the teaspoon in his cup. ‘I’d been there for so long I needed a break from the dreariness of it all. So I figured a year off in a new place seemed well overdue.’

‘So you’re kinda taking a year long holiday from your hometown?’ I asked.

‘Kinda,’ he smiled, taking a sip of his tea. ‘It’s more of a research trip with the bonus of a lot of downtime.’

‘Sounds nice. I wish I could take some time off,’ I grumbled. My gaze flickered to the clock hanging above the kitchen sink. ‘Shit is it already two?’ I cursed, jumping from my chair awkwardly, fumbling over my feet in my rush to get to my bedroom.

‘You seem to be in a rush?’ Hades remarked.

‘I’m going to be late for work,’ I called out as I chucked on my sneakers and grabbed my handbag.

Hades grabbed my mug from the table and washed it up while I ransacked the pantry for whatever snacks I could find. Damn I needed to do the groceries. No more two minute noodles for this girl. Thank. You. Hades.

‘Where do you work?’ he asked as he watched me frantically pull myself together.

‘Down the road at the 24 hour burger bar. I’m the evening manager, so I won’t be home until after 2 am,’ I explained.

‘Do you like working there?’ Hades asked. He asked so sincerly, as if it was a job someone would actually want and he was considering a career change. What an idiot.

I laughed so hard as I knelt down to tied my shoelaces. ‘No one likes working the late shift at a bar. It’s hardly my dream job. But I need to pay all my bills.’

‘What would you do if you could have your dream job?’

‘Well…I’d love to work as a illustrator for that artsy magazine Illuminate, but that’ll never happen. They never have openings. Anyway, sorry to leave you on your first night here. You’ll be right here?’ I huffed as I slung my bag over my shoulder and headed towards the front door.

‘We’ll be fine, won’t we Spot,’ Hades smiled, waving me goodbye, ‘have fun at work.’

‘Sure I will,’ I snorted. ‘Please don’t burn down the house while I’m gone,’ I called out as I closed the door behind me and headed off to the hell hole of bar I called work, ‘and make sure Spot, Dot and Betsie don’t eat my books!’