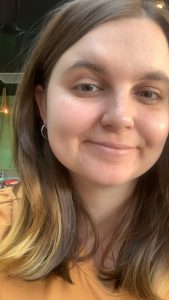 Catherine is a Sydney based writer, illustrator and songwriter.

In 2016 she completed her Bachelor of Popular Music degree at Griffith University/Queensland Conservatorium of Music. There she studied songwriting, with a focus on lyric writing for Country, Folk and Americana music. She also took courses in Shakespeare and Australian Literature.

In 2016 she interned for Gold Coast magazine Blank CG (now known as Black Street Press), and in 2017 worked as a freelance writer for the monthly print/online cultural and lifestyle magazine. Her time there saw her interviewing bands such as WAAX and Cub Sport, reviewing live shows and festivals including Big Sound, A Day On The Green, James Blunt and Stevie Nicks, as well as writing various single/EP/album reviews.

In 2018 Catherine moved back to Sydney and began working full time in book publishing. She worked within the sales team across positions for Allen & Unwin and Murdoch Books, before moving to her current role as National Account Manager at Bloomsbury Publishing in late 2021.

When she isn’t working full time in the world of books at her day job, Catherine can be found writing, drawing or creating music in her home studio. She is currently working on book one of a adult fantasy series, various freelance illustration work and a electro-pop album she aims to release independently in early 2023.

All opinions and reviews are mine and mine alone.

They do not reflect or are influenced by my employer, Bloomsbury Publishing.